As recently as January 5, Israeli defense minister and Gaza war criminal Ehud Barak was listed as Vice President of the Socialist International, bringing that organization into eternal disrepute and irrelevance. On January 17, Barak announced he was breaking away from Israel's ostensibly "socialist" Labor Party and forming his own "Centrist, democratic and Zionist" party called Atzmaut ("Independence"). Well Barak is no longer listed as a VP of the Socialist International as the pictures show. When did they have time to remove him? 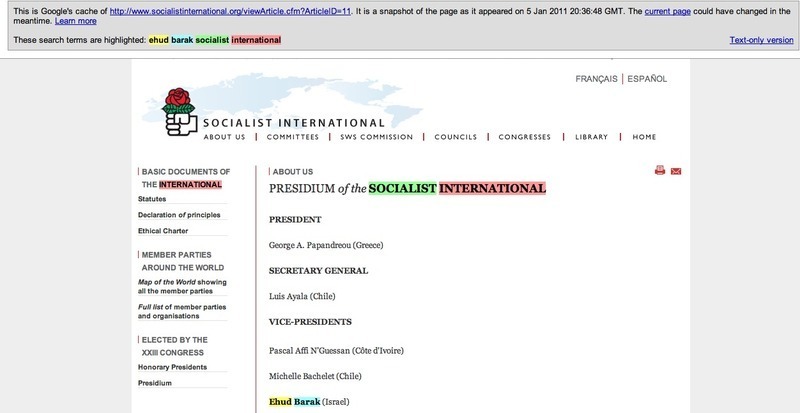