On Friday 11 June, Cultures of Resistance (CoR) released a full hour of video taken aboard the Mavi Marmara before and during the Israeli assault on the ship in the early hours of 31 May in the international waters of the Mediterranean Sea about 80 miles west of the coast of Israel. At least nine people were killed and dozens injured in the Israeli attack.

CoR director Iara Lee and camera operators from her organization were aboard the ship and managed to smuggle the raw footage out of Israel despite Israel's confiscation of all other recordings and images from journalists and passengers when they were taken against their will to Israel and later expelled from the country.

This video reveals information about some of the weapons used by Israel. In using these weapons to enforce an illegal blockade on Gaza and to carry out an illegal attack on civilian ships in international waters, Israel may have acted in violation of the US Arms Export Control Act of 1976, the EU Code of Conduct on Arms Exports or other international law or human rights laws of the exporting countries.

In this still taken from the CoR video at 1hr 26sec, an Israeli warship appears: 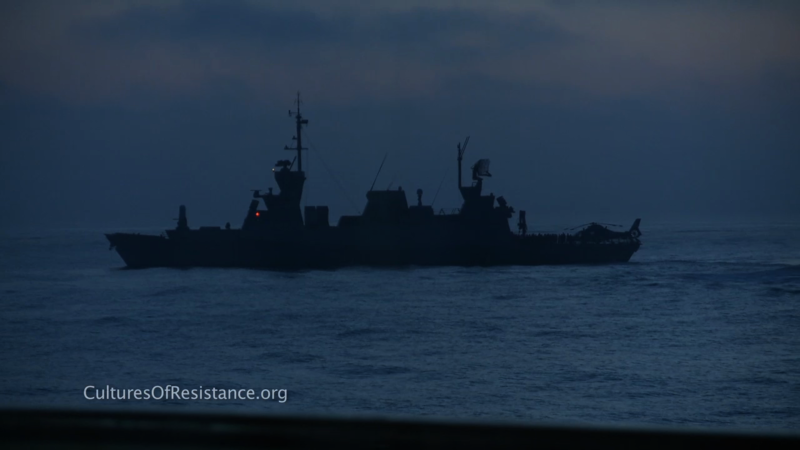 By comparison with this publicly available image from Wikipedia, (below) it is clear that the ship in the CoR video is a Sa'ar 5-class corvette built by US company Northrop-Grumman. According to Wikipedia, the Israel navy owns three of these ships which are the most advanced in its fleet. 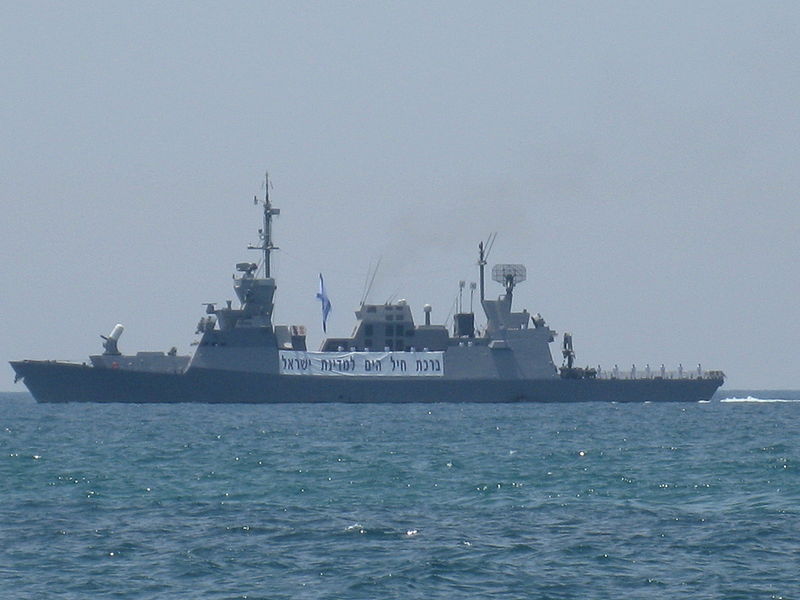 Note that a helicopter is clearly visible on the stern of the ship seen in the CoR image. This is an AS 565 "Panther" combat attack helicopter manufactured by Eurocopter, a subsidiary of the European weapons and aeronautics company, EADS. Below is a publicly available image of an Israel Air Force Eurocopter, which is described by Wikipedia as a "multi-purpose twin-engine helicopter" that "is used for a wide range of military roles, including combat assault, fire support, anti-submarine warfare, anti-surface warfare, search & rescue, and MEDEVAC." 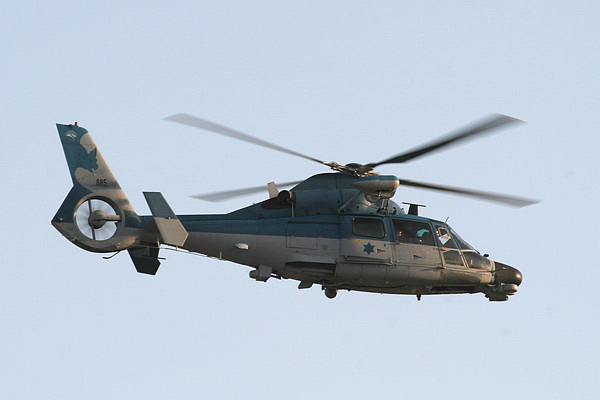 Beyond being present and available on a warship that was participating in the attack on the Flotilla, it is unclear what additional role if any the EU-built helicopter played in the Israeli assault.

Israel used Sikorsky UH-60 Blackhawk helicopters to drop armed commandos onto the top of the Mavi Marmara, as can be seen in these stills taken respectively at 40 min 32 sec and 41 min 10 sec in the CoR video: 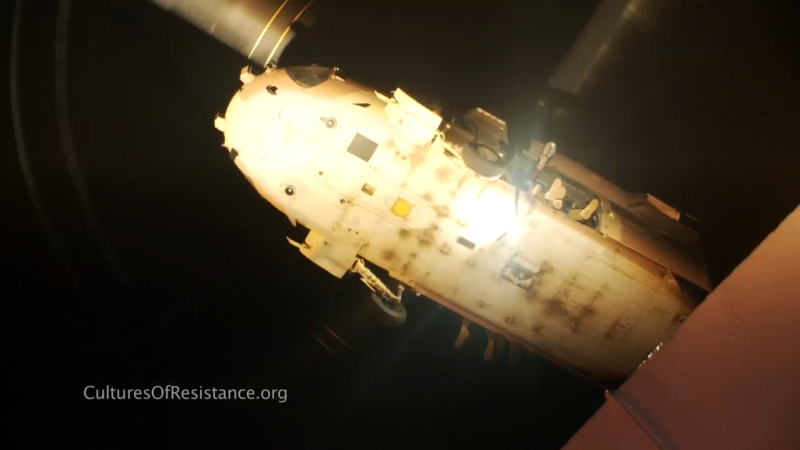 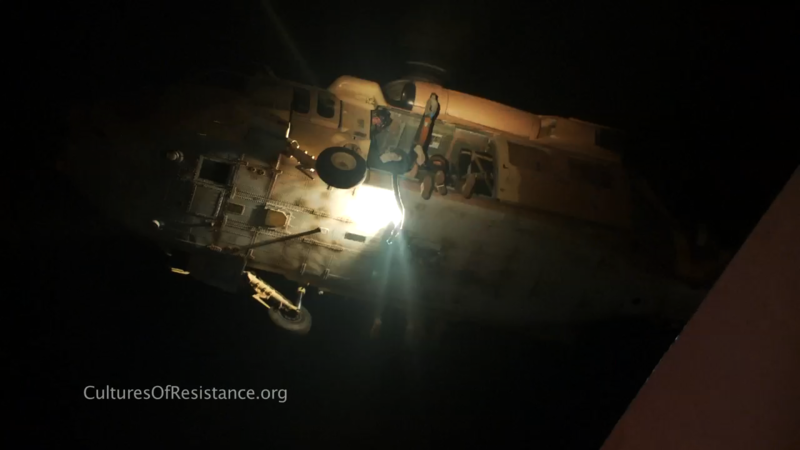 By comparing with this publicly available image of an Israeli UH-60 and other images on the internet, it's easy to identify the helicopters used in the attack on the Mavi Marmara by the characteristic landing gear, the shape of the inlet ducts for the engines, the shape of the windows on the sliding side door among other features. 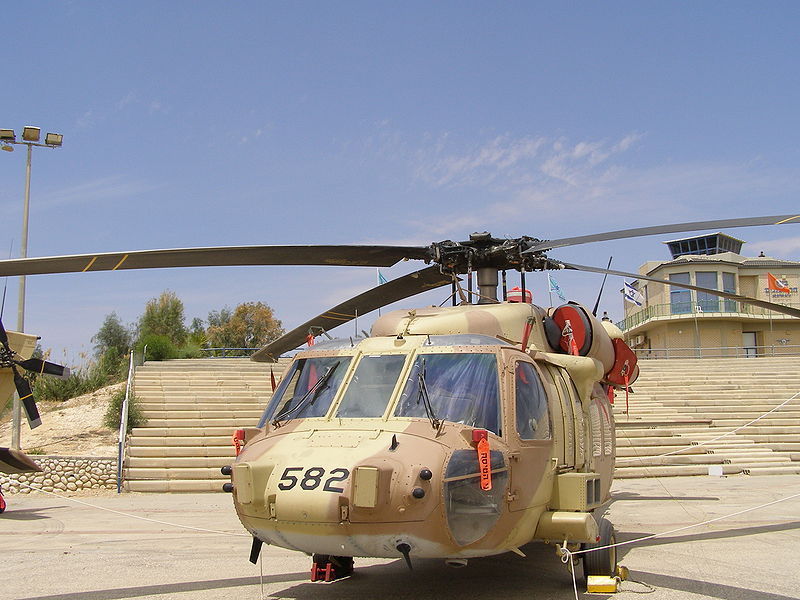 According to Wikipedia, Israel operated 49 military UH-60s as of November 2008.

By comparison with images on the Internet, it is possible to identify the speed boats which Israeli commandos used to try to board the Mavi Marmara from the sea as Morena Rigid-Hull Inflatable Boats. These boats can be seen from these stills taken from the CoR video at 36 min 20 sec and 38 min 07 sec: 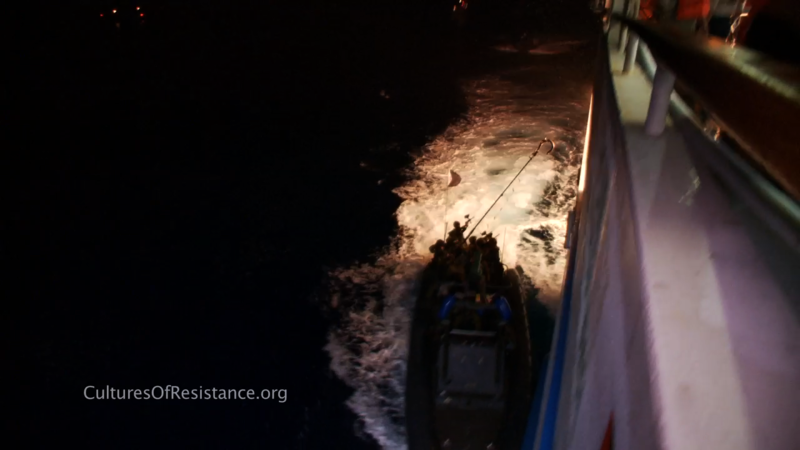 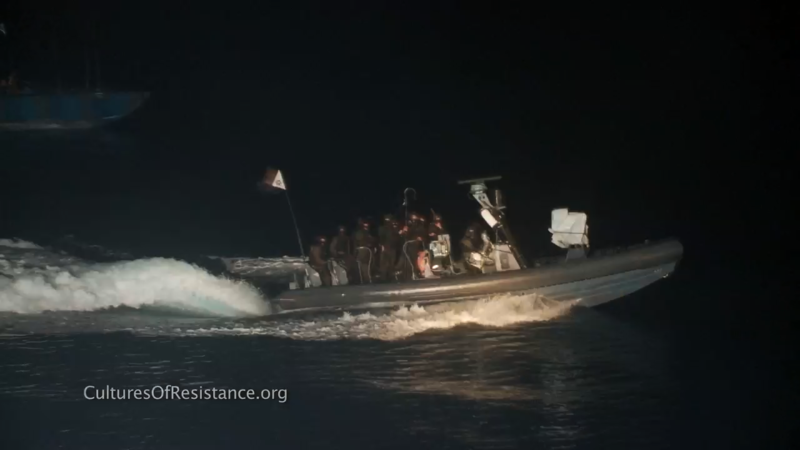 I have been able to find little information about where these boats are manufactured. If you can find out more, please email me and I'll update this post.

In addition to the live ammunition which killed 9 passengers and injured dozens of others (as clearly visible in the CoR) video, Israeli forces also used paintball guns. In this image at 36 min 42 sec in the CoR video, an Israeli soldier can be seen firing what appears to be a paintball gun up toward the Mavi Marmara from a Morena RHIB alongside it. 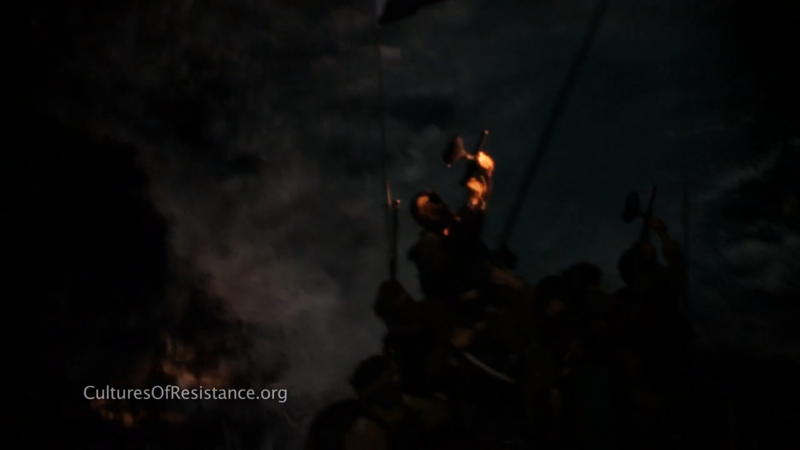 It is impossible to identify exactly what make and model the Israelis are using, but as can be seen from this image taken from Amazon, the Israeli weapon has the characteristic shape of a paintball gun with the large loader on top which drops the paintballs into the barrel for firing. 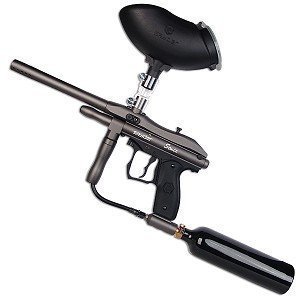 Israeli propaganda made much of the fact that the Gaza Freedom Flotilla hijackers "only" used paintball guns (that is until they started shooting people with live ammunition), as if this was somehow a "safe" or even a nonviolent thing to do! Paintball is considered by many people a sport where opposing teams hunt each other down and fire projectiles which explode against a target marking them with paint. Everywhere that this activity is legal, it is strictly regulated for safety, because firing paintballs at a person who is not wearing protective gear, especially a face mask, can result in serious injury including loss of eyesight and possibly even death. Firing paintball guns indiscriminately against unprotected civilians is an incredibly reckless and inherently violent and dangerous thing to do.

If anyone went into a public place in any country and started shooting at people with paintball guns, he or she would be subjected to very serious criminal charges. It is unclear where the weapons used by the Israelis originate, but these dangerous weapons should be investigated along with the others in the hijackers' arsenal.

Note: All the stills taken from the CoR video are unaltered and have not been enhanced in any way.