Cevdet Kılıçlar, 38, did his job up to the last moments of his life. The raw footage taken during the Israeli attack on the Mavi Marmara in the early hours of 31 May, and smuggled past Israeli authorities by Cultures of Resistance (CoR), shows the Turkish journalist shortly before his death -- and then afterwards. He was one of the nine people shot dead by Israeli hijackers when they commandeered the Mavi Marmara along with the five other boats in the Gaza Freedom Flotilla and kidnapped their passengers and crews to Israel. The Flotilla had been on a mission to bring aid to Gaza in spite of Israel's illegal blockade of the territory. 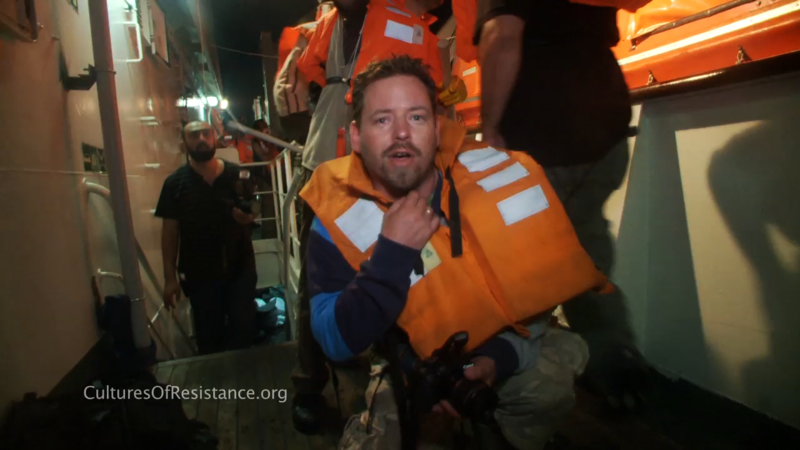 At about 39 min into the footage, the CoR camera operator is on the deck of the Mavi Marmara. There is the sound and downdraft of a helicopter. At exactly 40 min, Cevdet Kılıçlar appears walking up a staircase from a lower deck while in the foreground Norwegian activist Espen Goffen speaks directly to camera. Kılıçlar is wearing a dark t-shirt and a trim beard and cradles his camera in his left hand. He wears no life jacket. He joins others on the deck and starts to work -- taking photos to document the Israeli attack. The menacing red dot of a laser gunsight moves across the deck. Soon the Israeli Blackhawk helicopter comes into view and begins to drop commandos onto an upper deck. Israeli attack boats flank the Mavi Marmara in the sea.

The last image of Kılıçlar alive is at 43 min 28 seconds. We see him from the back as he watches other passengers carry an injured person from another part of the ship indoors: 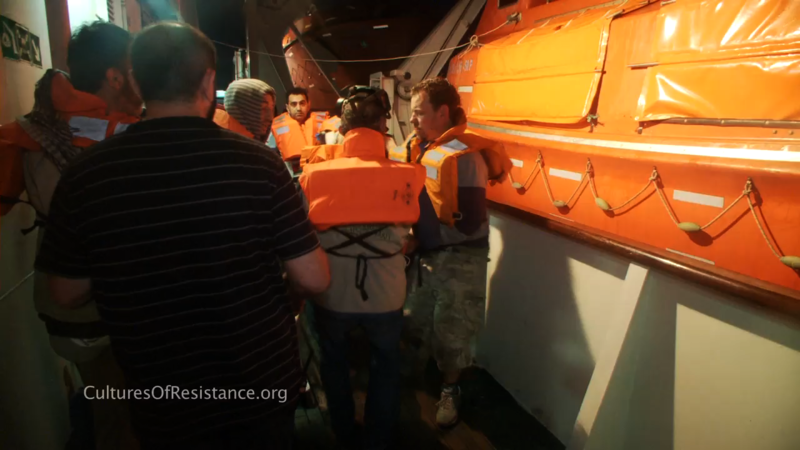 The CoR camera operator follows the these passengers indoors to film harrowing scenes of desperate attempts to help injured and dead people who have been taken down into the ship. Some minutes later, the camera operator is filming outdoors again on the main deck toward the rear of the ship. It is dawn and passengers are standing around dazed as announcements blare from the ship's PA system. At 56 minutes, some men carry a stretcher down a staircase from an upper level. On it, unmistakably, is Cevdet Kılıçlar, a blood-stained white cloth wrapped around his abdomen and blood pouring from his head. 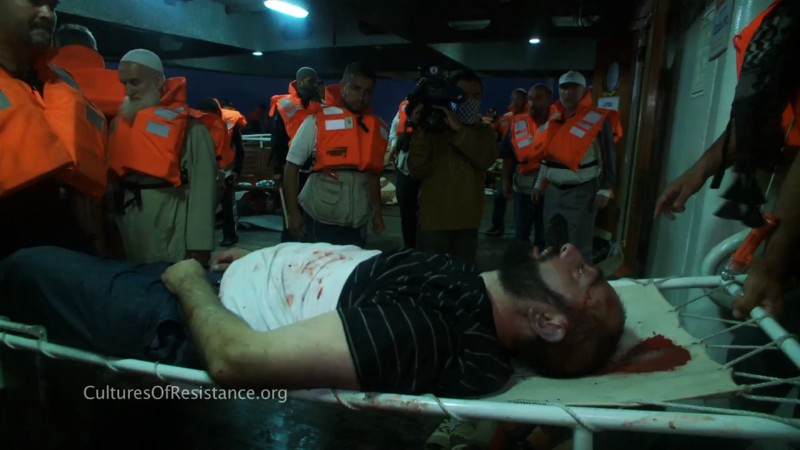 Cevdet Kılıçlar was an accomplished journalist and photographer. Born in Kayseri in 1972 and a father of two, he graduated from Marmara University and worked for several national newspapers. At the time of his death he worked as a reporter and webmaster for İHH, the humanitarian organization that was one of the key organizers of the Flotilla.

We know from his Flickr photostream that Kılıçlar made many striking photographs in his life. We do not know what the last images are that he captured with his camera – perhaps he photographed his own killer – because Israel seized and has refused to return the cameras, images and video of all the people it kidnapped except for a small number who managed to smuggle such evidence out.

In a statement, UNESCO Director-General Irina Bokova condemned the killing, stating, "I trust that an inquiry that meets international requirements will shed light on the events that led to Cevdet Kılıçlar’s death and to the injuring of Indonesian cameraman Sura Fachrizaz."

Such an inquiry looks increasingly doubtful as Israel announced its own sham inquiry (whose conclusions have been determined in advance according to Israeli prime minister Benjamin Netanyahu) and the so-called international community –particularly the United States, the European Union and the UN Secretary-General – maintain their usual complicit inaction.