Protest in downtown Amman, Jordan, 28 January 2011. Parties represented included Islamist and Leftist parties. Slogans included calls for resignation of the government of Samir Rifai; Free elections based on a fair election law; end to corruption and privatization; economic justice; cancelation of the peace treaty with Israel; an end to the withdrawal for citizenships from Jordanian citizens of Palestinian origin. Many slogans in solidarity with protests in Egypt today. Protest which began after Friday prayers at Al-Husseini mosque lasted about two hours and ended peacefully. Protests have now occurred on four successive Fridays in Amman and other parts of Jordan. 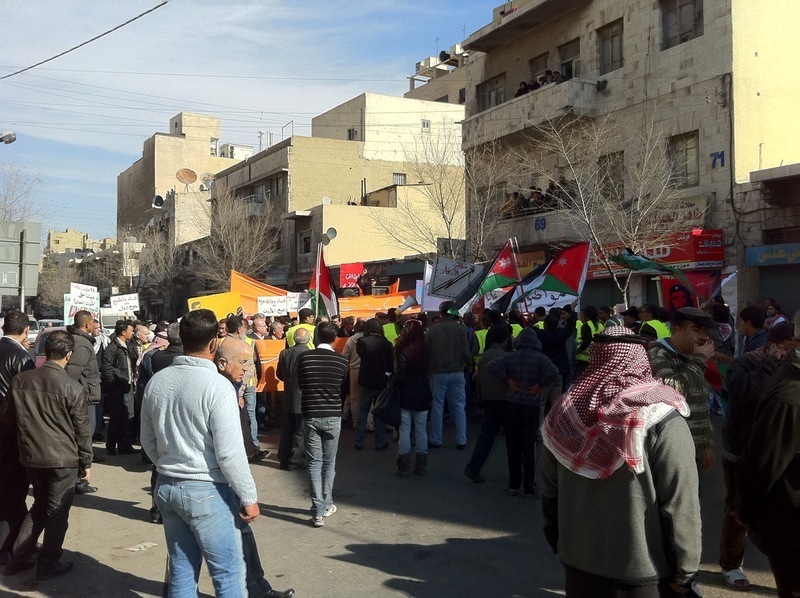