On Land Day, Budour Hassan (@Budouroddick on Twitter), visited Lifta, the village where my mother was born, just outside Jerusalem, and planted an olive tree in honor of my mother and me, as the photo shows.

My mother and her family, along with all other Liftawis were forced out of the village due to Zionist attacks during the ethnic cleansing of Palestine in 1947-48. The village still stands, however, Israel has never permitted its people to return solely on the racist grounds that they are not Jews. Now, Israel plans to demolish what's left of Lifta and turn it into a Jews-only luxury condominium complex, compounding the crime of 1948. Lifta's people are now engaged in a new struggle to save the village. (See "Suspended in time, Lifta under threat," The Electronic Intifada, 25 March 2011). Thanks to Budour, and to her friend Amal who took the photo, for this very touching gesture. I hope that all Liftawis will have the chance to return one day, and see this tree grow tall! 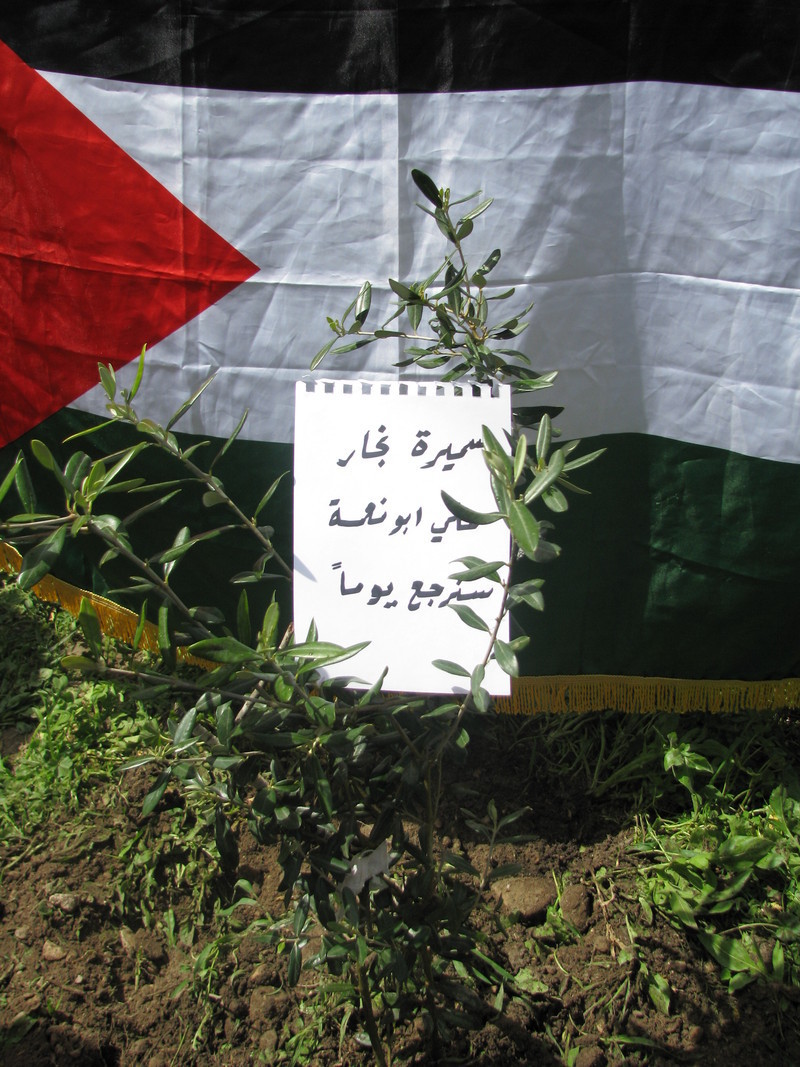