On Aljazeera on 3 June, Sheikh Raed Salah, the influential leader of the northern branch of the Islamic Movement in Israel -- a highly prominent leader among Palestinian citizens of Israel -- claimed that Israeli forces tried to deliberately target and assassinate him during their bloody attack on the Mavi Marmara. Salah stated that the Israeli soldier assigned with this task mistook someone else for him and that is the only reason Salah is still alive. He was just released -- to house arrest -- by Israeli authorities. Salah has suffered years of political persecution including arrests and trials by Israel.

Indeed for most of the the day on Monday 31 May after Israel's dawn attack on the Freedom flotilla, rumors and reports swirled that Salah had been either seriously injured or killed in the Israeli storming of the ship. Israel was silent on the matter.

Is it possible Israel thought it had killed Salah when in fact it had killed Ibrahim Bilgen, 61. Bilgen, who lived in Siirt, Turkey was an electrical engineer, politician, human rights activist, entrepreneurial broadcaster and father of six children. 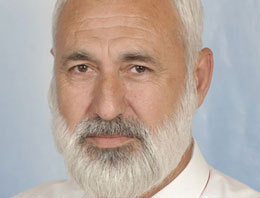 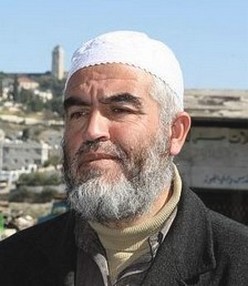 The Guardian reported on 4 June that "Nine Turkish men on board the Mavi Marmara were shot a total of 30 times and five were killed by gunshot wounds to the head, according to the vice-chairman of the Turkish council of forensic medicine, which carried out the autopsies for the Turkish ministry of justice today."

It added, "The results revealed that a 60-year-old man, Ibrahim Bilgen, was shot four times in the temple, chest, hip and back."

Meanwhile, Muhammad Ghoulam Al-Haj Sheikh, Vice President of Mauritania's Tawassul Party, who was aboard the Mavi Marmara told Aljazeera on 4 June that the Turkish passengers created a human chain to protect the Arab passengers as it was a Turkish-flagged vessel. He said that he and Sheik Raed Salah were both in handcuffs and another sheikh was on the ground bleeding and not receiving aid and it remains unclear what happened to him

In Friday prayers, according to Aljazeera, Al-Haj Sheikh said that the Israeli soldiers selected which passengers to execute -- almost like choosing which livestock to kill. He said, according to the report, that a passenger was killed who looked like Sheikh Raed Salah and it appeared that he was shot because the soldier thought he was Sheikh Raed Salah.

Reports have circulated, based on the video clip below, that Israeli soldiers were carrying "death lists" when they stormed the ship. The video shows what has been claimed to be a picture book or face book dropped by an Israeli soldier.

I must stress that none of this constitutes proof of Salah's claim. These are purely circumstantial pieces of evidence but given Israel's frequent and open use of assassination (or what it calls "targeted killing") of its political enemies it is not far-fetched. We need only recall the murder of Mahmoud Al-Mabhouh by Mossad in Dubai early this year, or writer Ghassan Kanafani by Mossad in 1972.

Salah, it must be recalled, is a Palestinian citizen of Israel. To my knowledge Israel has never openly carried out a political assassination of a citizen of Israel -- the practice has been directed at Palestinians from the occupied territories and the diaspora. It is plausible that Israel saw the flotilla as an opportunity -- under the cover of darkness and chaos -- to dispense with a figure whom Israel views as part of a fifth column trying to undermine the Zionist state from within.

Obviously if there were any chance of an impartial investigation into Israel's attack on the Flotilla, Salah's allegation would need to be examined. Sadly, there is almost no chance of a clean investigation since the US has all but vetoed that and Israel has had days now to destroy evidence.