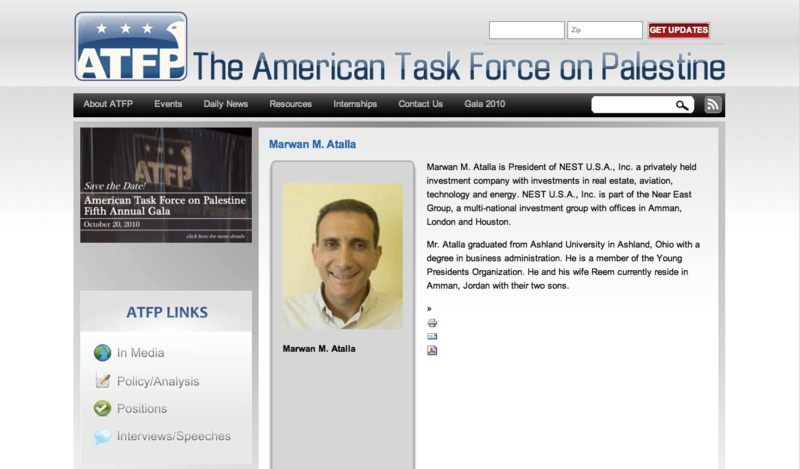 A board member of the Washington, DC-based American Task Force on Palestine (ATFP) is a major investor in an aerospace company that does millions of dollars of business with an Israeli military defense contractor that has close ties to the Israel Defense Forces and whose headquarters occupy the land of a Palestinian village ethnically-cleansed in 1948.

The board member, Marwan M. Atalla, is described on ATFP's website as "President of NEST U.S.A., Inc. a privately held investment company with investments in real estate, aviation, technology and energy. NEST U.S.A., Inc. is part of the Near East Group, a multi-national investment group with offices in Amman, London and Houston."

On its website, NEST lists the eight firms in its investment portfolio, including "Cirrus Design – Manufacturer of 4-seat advanced technology aircraft." One of the aircraft the company manufactures is called the SF 50. 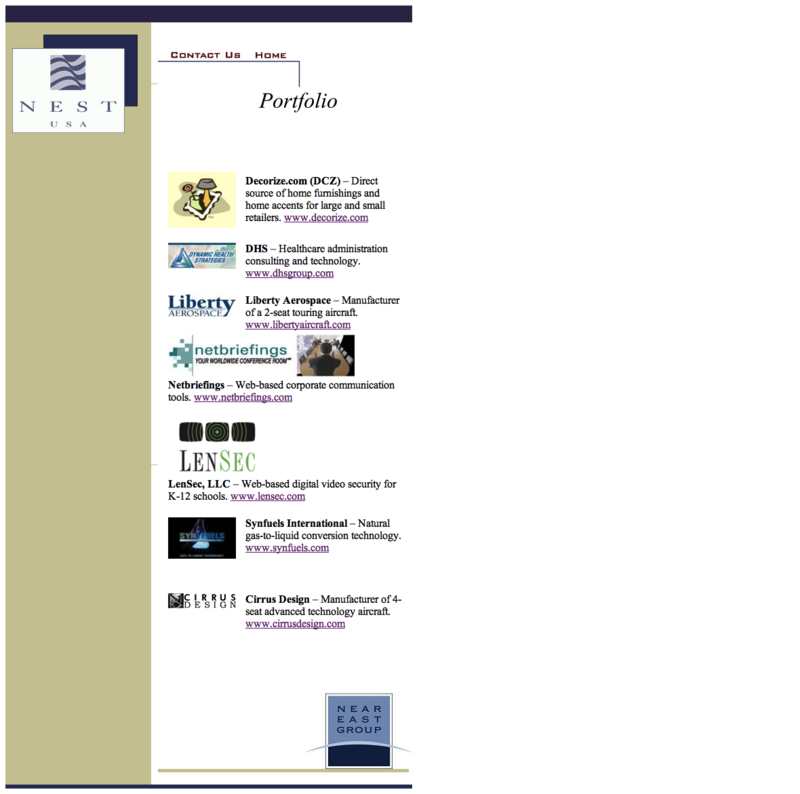 The link for Cirrus Design goes straight to the page for Cirrus Aircraft Inc. which appears to be exactly the same company.

On 24 May this year, an Israeli company called TAT Technologies Ltd. issued a press release announcing that Cirrus Aircraft Inc. had selected TAT as the preferred supplier for $10 million worth of heat exchangers for the SF 50. 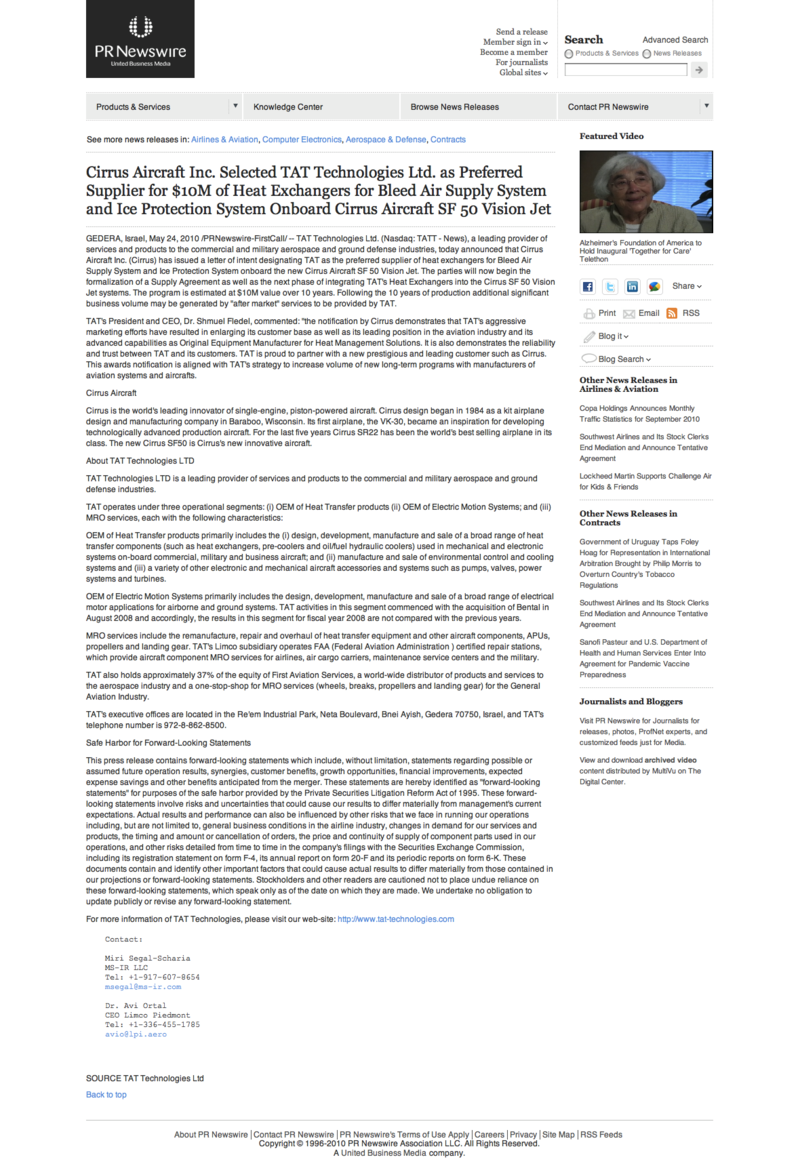 TAT describes itself in the press release as "a leading provider of services and products to the commercial and military aerospace and ground defense industries."

This is not the first collaboration between Cirrus and Israeli companies. A Cirrus Aircraft Ltd. press release from August 2009 speaks of "a joint Cirrus/Israeli design team" dating back years.

The Chairman of the Board of TAT Technologies Ltd. is Israeli Brig. Gen. (ret) Giora Inbar, who commanded Israeli occupation forces in southern Lebanon before Israel's expulsion by the resistance in 2000. The President and CEO is Dr. Shmuel Fledel, who served 21 years in the Israel Air Force and was discharged as a colonel. The bios of the other key personnel of TAT indicate that the firm is closely tied to the Israeli military if not an outright subsidiary.

TAT also states in its press release that its "executive offices are located in the Re'em Industrial Park, Neta Boulevard, Bnei Ayish, Gedera 70750, Israel, and TAT's telephone number is 972-8-862-8500."

TAT's headquarters is in fact located on the lands of the Palestinian village of Yasur which was ethnically cleansed on 10-11 June 1948. According to Walid Khalidi's authoritative book All That Remains, "the village [Yasur] is a closed, fenced-in military zone. At the village entrance there is a sign: 'TAT Aircraft Parts Industrial Firm'" (p.139).

Prior to its ethnic cleansing by the Givati Brigade of the Zionist Haganah militia, Yasur had a population of more than 16,000 people, according to All That Remains.

The willingness of ATFP board member Atalla and his NEST investment firm to profit from relationships with the Israeli military and its suppliers shows a callous disregard and shocking contempt for the Palestinian people and their rights as well as constituting a gross violation of the Palestinian civil society call for boycott, divestment and sanctions (BDS).

This revelation comes on top of the fact, reported by the JTA, that ATFP -- which masquerades as a pro-Palestinian group -- has been working to facilitate meetings and relationships between the collaborationist Palestinian Authority of Mahmoud Abbas and Salam Fayyad and virulent anti-Palestinian organizations including AIPAC and The Israel Project.